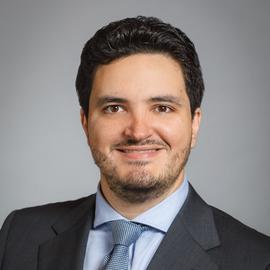 I am a Postdoctoral Research Associate in Princeton Politics and a Research Fellow at Harvard’s Growth Lab. My fields of research are Political Economy and Development Economics. My work leverages advanced quantitative methods to study the political causes and consequences of some of today’s most pressing development issues - inequality, violence, trade and growth. I have a PhD in Public Policy from Harvard University, and I will join Texas A&M’s Bush School of Government and Public Service as an Assistant Professor in the Fall of 2023.

Abstract: Understanding the primary causes of human prosperity is one of the most important endeavors of social scientists. Much research in the 20th century followed a neo-classical approach which emphasized important factors such as physical capital, human capital, and technological change, but was nonetheless devoid of historical context and political factors. In recent decades there has been a resurgence of political and historically-embedded explanations of economic development, which have greatly expanded upon the works of early political economists such as Adam Smith, John Stuart Mill, and Karl Marx. This chapter provides an overview of this recent research on geography, institutions, and human capital, along with their interactions, as drivers of long-term economic development. We then move beyond these paradigms to argue that explanations focused on state capacity and state-led development have been largely overlooked by many historical political economists. A better understanding of the state should help scholars identify paths to break away from the low-growth equilibrium of less-developed countries.

Gains from globalization and economic nationalism: AMLO v. NAFTA in the 2006 Mexican election (Economics and Politics, 2022)

Abstract: Do gains from globalization erode support for economic nationalism? We implement a shift-share strategy to study how NAFTA-enhanced local access to US-markets affected Mexican demands for protectionist platforms. The left, led by Andrés Manuel López Obrador (AMLO), under-performed in cities benefiting from export access gains during the 2006 presidential elections. This effect is observed strictly in 2006, the only post-NAFTA election in which debates over trade integration played a salient role. Our findings are robust to controls for import competing pressures from NAFTA and the China Shock. AMLO’s 2006 protectionist platform likely cost him that year’s election, and campaign media strategies in 2012 map to this earlier backlash.

Identifying export side effects of law enforcement during the Mexican Drug War (Journal of International Economics, 2022)

Abstract: Do autocrats favor their supporters during economic shocks? I introduce a model of redistribution and regime stability that shows how in-group favors can be a strategic response to economic downturns. The model predicts that, as economic shocks worsen, autocrats may favor their supporters and confront opposition protests to save on appeasement costs. I test the model’s main results in two empirical settings. First, I focus on the Venezuelan blackouts of 2019. Consistent with the model, the Maduro regime was more likely to exempt regime-supporting regions affected by the blackout from later power rationing. Moreover, blackout-induced protests were limited to opposition-leaning regions. I then focus on negative rainfall shocks in Sub-Saharan Africa. Droughts magnify differences in development, protests and state-coercion outcomes in favor of leaders’ home regions. (VoxDev Column)

Abstract: Aiming to stimulate local electoral support, presidential candidates often devote their scarce time to visiting local communities. Comparing visited and non-visited communities to assess the effect of visits is likely to yield biased results, as other campaign interventions tend to correlate with visits. This paper studies the local electoral effects of Henrique Capriles Radonsky (HCR)’s visits in 2012 on his presidential bids against Hugo Chávez in 2012 and Nicolás Maduro in 2013. Leveraging the panel structure of electoral outcomes and unique data on local priorities for the deployment of campaign efforts, I estimate that HCR visits improved his electoral support by 0.5 percentage points without affecting electoral turnout. These effects concentrate for the 2013 election, and are contingent to low-priority environments, suggesting that visits operate as substitutes of other campaign interventions. Overall, results suggest that visits affected electoral outcomes by locally enhancing access to information about HCR.

Abstract: As the COVID-19 pandemic pushed firms to comply with social distancing guidelines, the relative demand for work that could be performed from home was expected to increase. However, while employment in “remotable" occupations was relatively resilient during the pandemic, online job postings, which measure demand for new hires, for these occupations dropped disproportionately. This apparent contradiction is not explained by prior job “churning" in “non-remote” jobs, nor by the recomposition of the labor market across economic sectors. The underperformance of postings for “remotable” jobs during the pandemic is concentrated in essential occupations and occupations with high returns to experience.

Co-Author - “Improving Worker Safety in the Era of Machine Learning”

Economic Integration of Venezuelan Immigrants in Colombia: A Policy Roadmap

Growing cities that work for all: A capabilities-based approach to regional economic competitiveness

Impact of the 2017 sanctions on Venezuela: Revisiting the evidence

Sanctions on Venezuela: Cause or consequence of the crisis?

There is a future after cars: Economic growth analysis for Hermosillo

Panama beyond the Canal: Using technological proximities to identify opportunities for productive diversification

Direct Distribution of Oil Revenues in Venezuela: A Viable Alternative?